New T-shirt design based on one of the quick alien illustrations from last week. 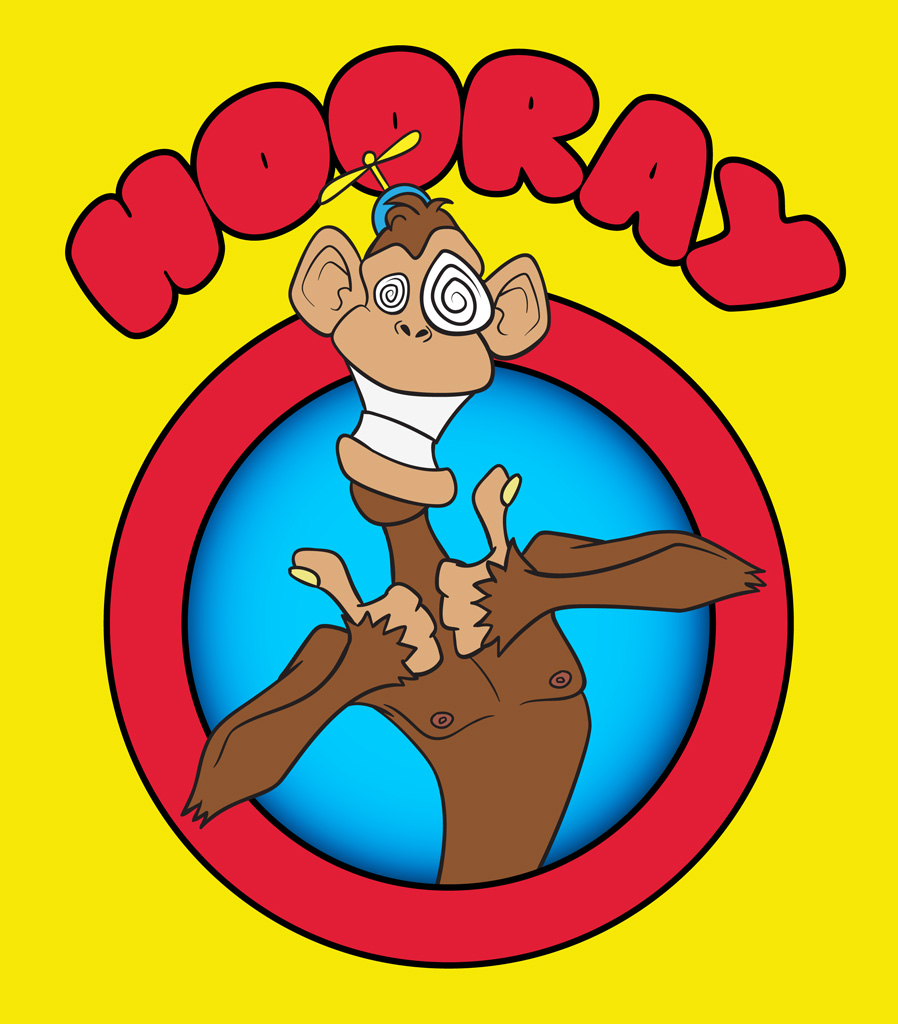 Have you ever been so excited that physically showing just how manically happy you are could get you arrested in 9 out of 10 countries? Ever thought you rectum might just prolapse if the whole world didnâ€™t know you were feeling so damn good? If you answered yes to either of these questions or just like monkeys this right here is the t-shirt for you.
Buy one now before your bum turns inside-out! 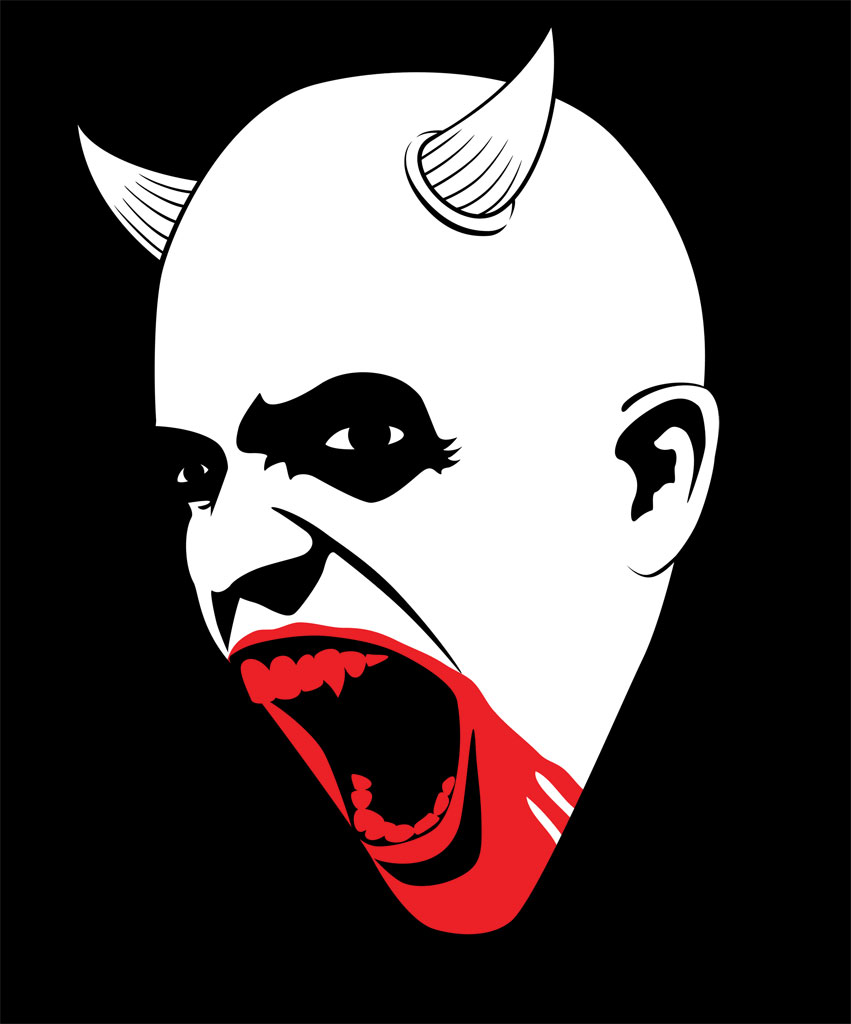 Tshirt done for a comp over at redbubble 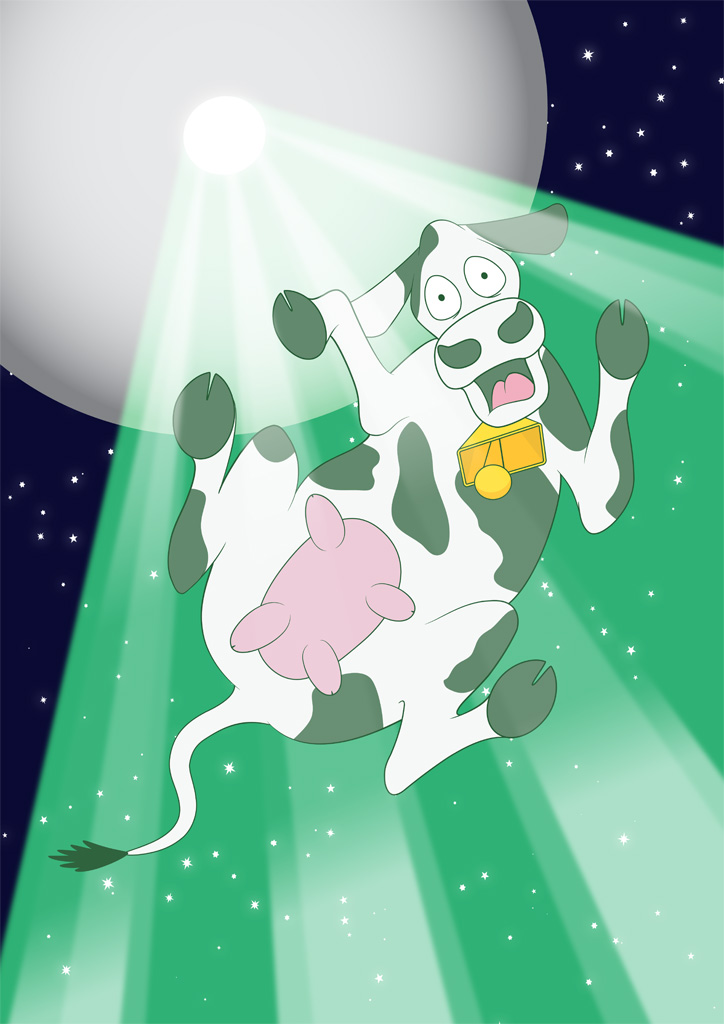 Twas a fine spring evening back in 1953 when Buttercup the cow heard a strange and frightening sound. She stopped chewing her cud and looked around. Nothing there. She put her head back down to nibble off some more grass and found that ground was slowly moving away. 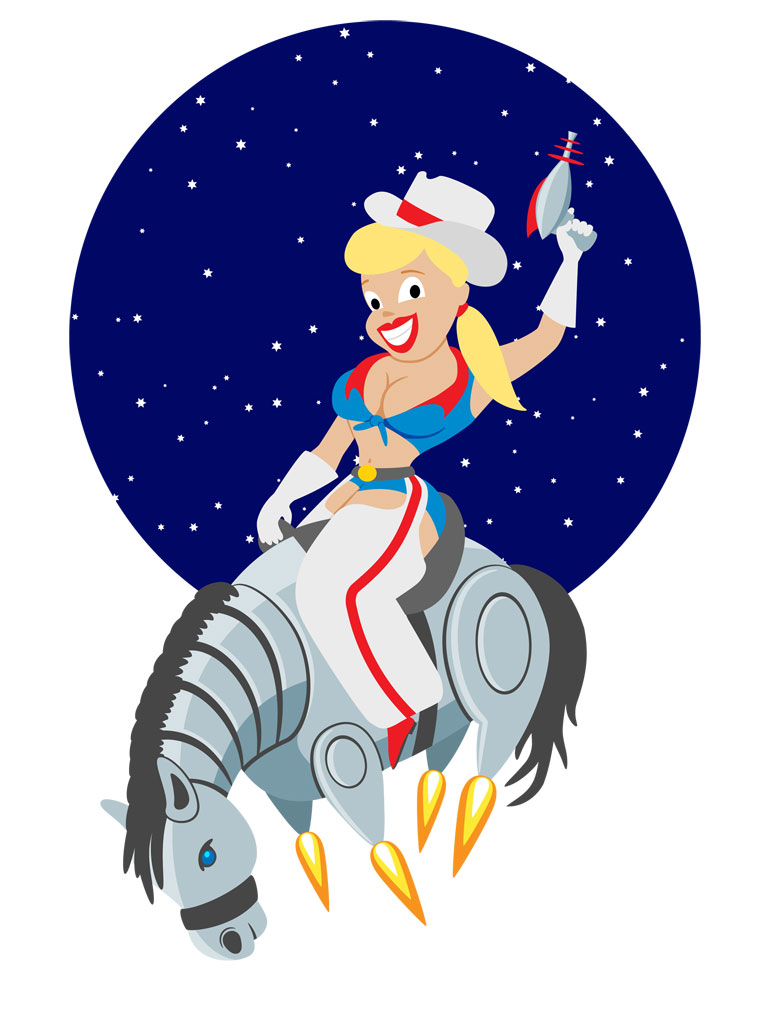 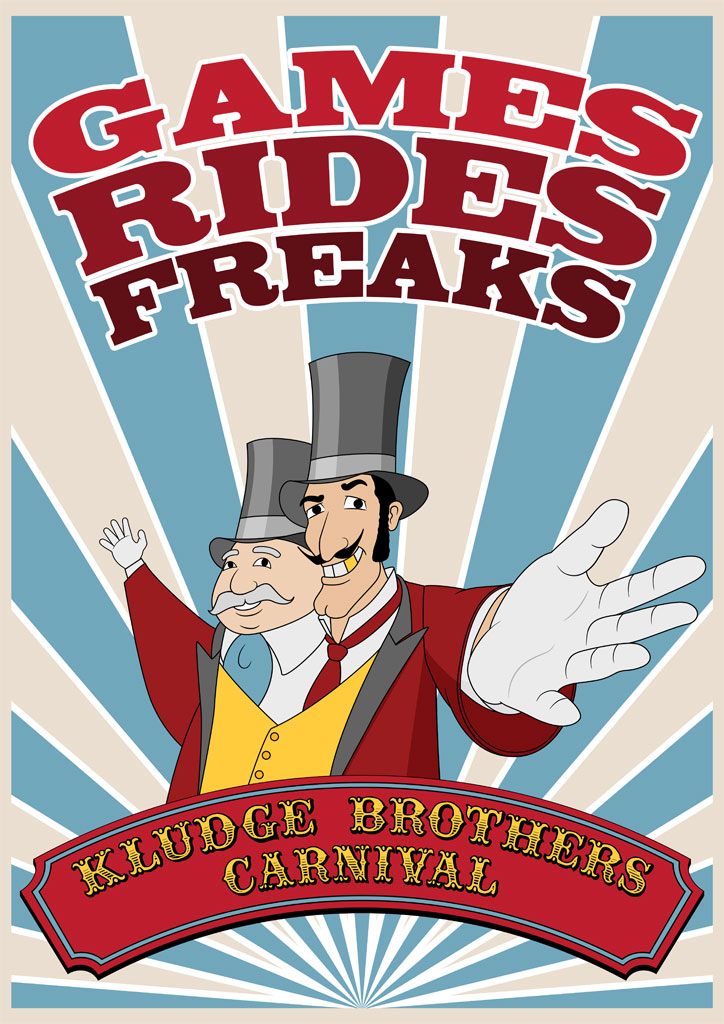 Edgar and Orville, the brothers Kludge are the greatest showman in the world. Bringing to you the most thrilling rides, freakiest freaks and most fun games including the game where you get to ride the freaks.

This is the final in my Kludge Brothers Carnival series.

Calander with all the freaks. 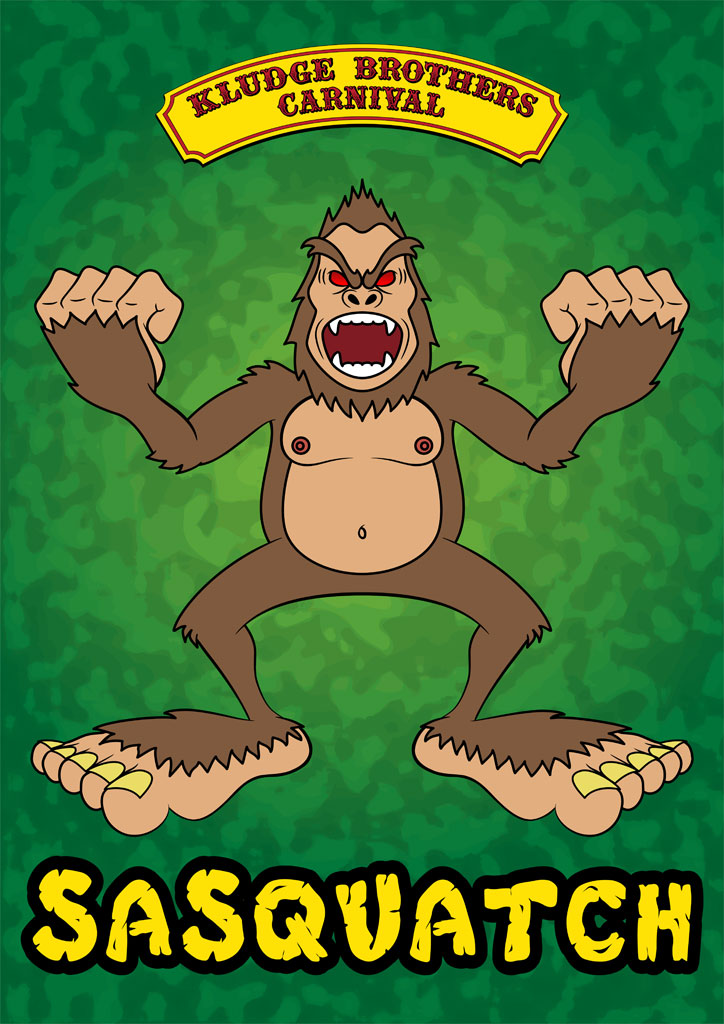 Once thought to be only a legend, a mythical beast roaming the forests of the north western United States. Behold the Sasquatch, believed to be the only one in existence and only at the Kludge Brothers Carnival. 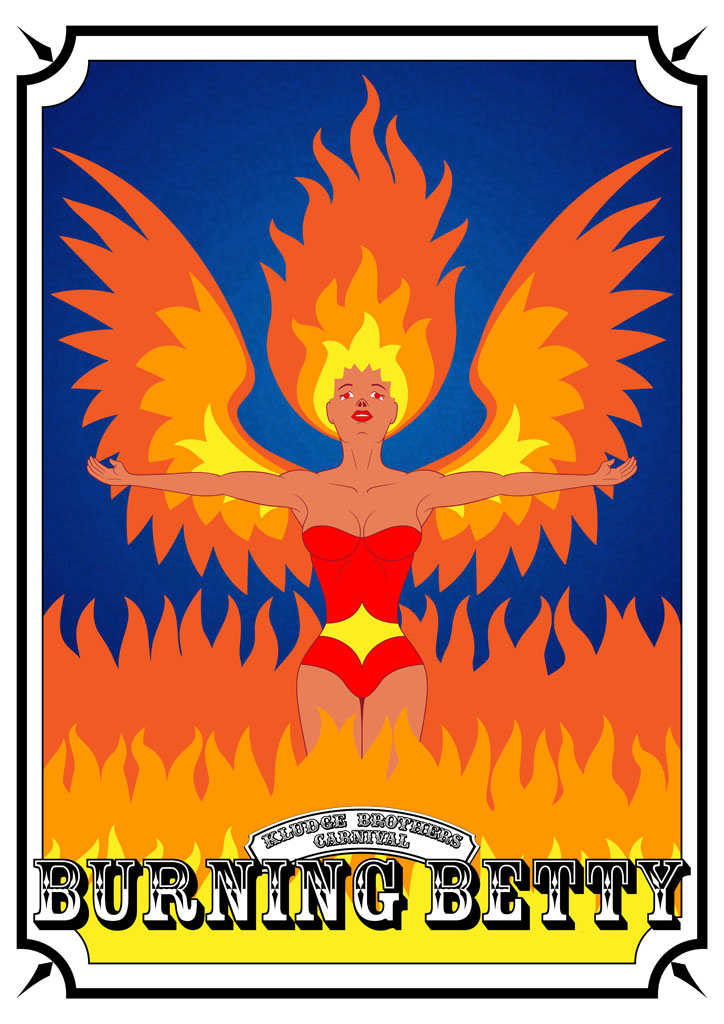 Behold Burning Betty, the Kludge Brothers carnivalâ€™s very own fiery femme fatale. Watch in awe as she displays her control over fire.

From the exotic south Pacific The Klugde Brother are proud to bring you, half woman, half fish and Hula dancing machine Kailani.

Print and T-shirt on Redbubble 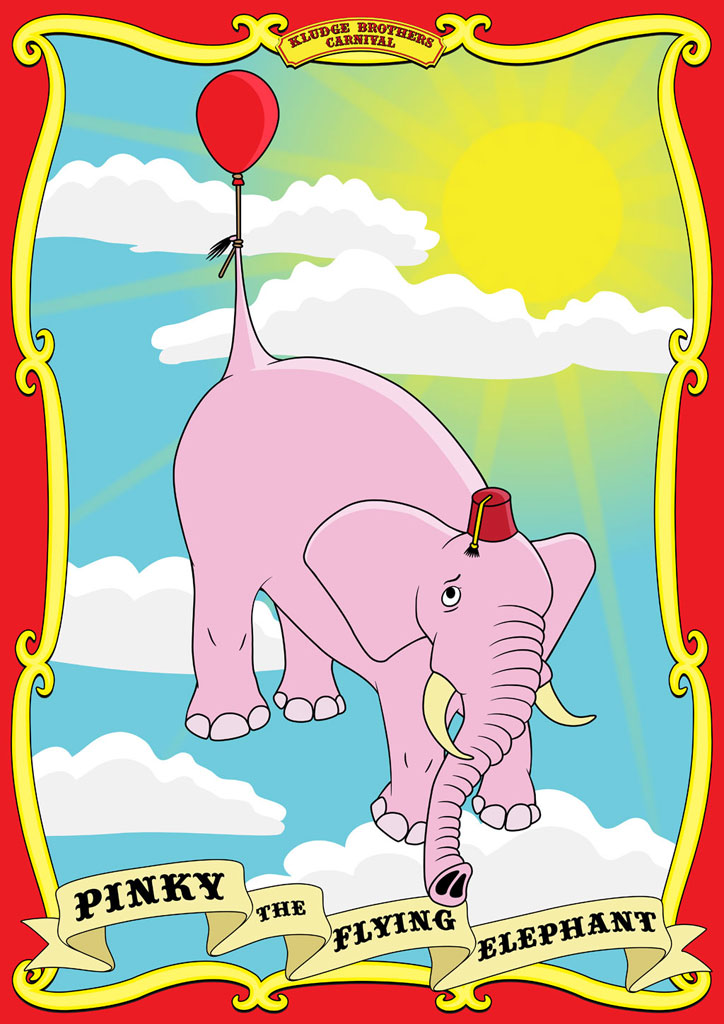 For many years Pinky the flying pink elephant was the star of the Ugly Dave Circus. Until the great Carny wars of 1928 when Pinky was acquired by the Kludge Brothers in a â€śhostile takeoverâ€ť Now you can delight at his high-fling antics at the Kludge Brother Carnival. Suck on that Ugly Dave you big bottom boil.

This one was adapted from a t-shirt I did last year.